Each August the Robins AFB Aero Club holds an open house to showcase the works of local aviation artists, open the club to base personnel, and let the public get up close to the aircraft and if they choose to, take a Discovery Flight.  The 2010 Open House was held on 14 August 2010.   The remnants of tropical depression number 5 made for some heavy cloud cover at times, but it never rained and all three Warriors made numerous flight during the day. 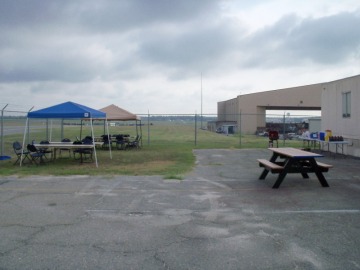 The AeroClub manager and staff did a great job insuring all the preparations were completed.  Plenty of hot dogs and burgers, chips, tea and lemonade available. 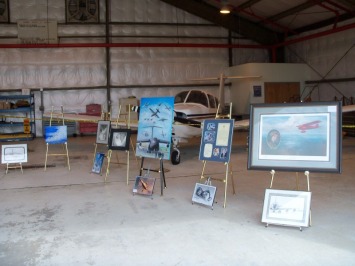 Beautiful aviation related paintings by local artists were on display in the AeroClub hanger.  The club's Piper Arrow is in the background. 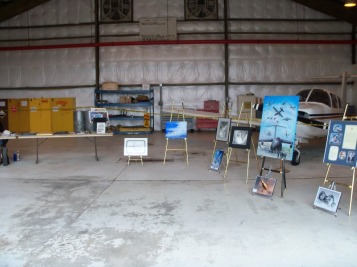 These paintings range from oils to water colors, to computer generated graphics.  Awesome works all of them.  Naturally, most are works depicting war birds. 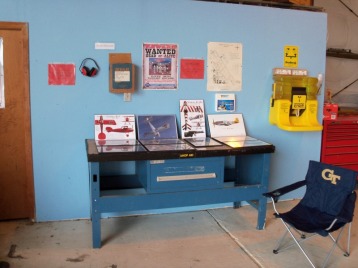 Some of the computer generated artwork.  Last year this artist had his computer set up and demonstrated how he created these works of art.  He does a great deal of research to make as authentic a recreation of the aircraft as he can.  These paintings are incredibly detailed. 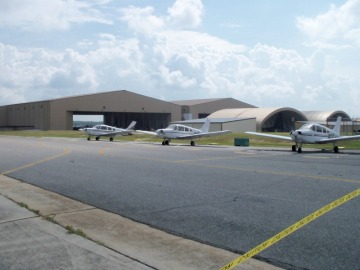 Lined up are three of our four Piper Warriors. 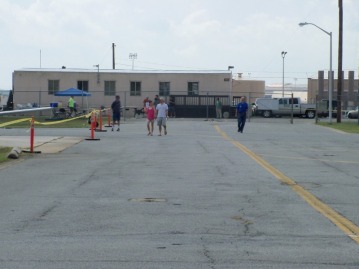 Quite a few folks visited the club in spite of the hot, humid air and threat of rain.