Our little airport, Perry-Houston County (PXE), hosted an open house again this year.  There were airplane rides, food, and fun.  Headlining the open house was the Collin's Foundation bringing in three World War II war birds.  On the flightline was a P-51C, a B-24 Liberator, and a B-17 Flying Fortress.  Unlike war birds displayed at most airshows, for a small fee, you can climb inside these bombers and tour them yourself - for as long as you like.

Most people my age have (or had) a family member, a family friend, or an acquaintance who worked on, or flew in, one of these amazing machines during the Great War.  Many of us have heard, or read stories of, the missions, the heroism, and the valor of the fighting men who crewed these great machines.  Climbing into these aircraft, sitting at each crew station, studying the machinery and the systems, one gets a real sense of the conditions in which they lived and worked.

There are not many of these machines still airworthy.  "Built mostly over 3 years from mid-1942 to mid-1945, these four engine heavy bombers once filled the skies. Workers across the US built 12,731 B-17's, 19,258 B-24's, and 3,960 B-29's. They are all but gone today, with only one B-29 still flying and three B-24's still airworthy. The B-17, however fared a little better. Many saw post-WWII action as transports, passenger craft, sprayers, and water bombers. While this service was not as glamorous, it kept the Flying Fortress lineage alive and in the air. As a result, there are 15 B-17 Flying Fortresses still airworthy, plus a few other hulks that have a realistic chance of being restored. "(http://www.johnweeks.com/b17active/index.html).

The Collin's Foundation's P-51C on display is the only flying dual control P-51C in the world.  It has tandem seats with full flight controls and instrumentation in both the front and rear seats.  "The P-51 is arguably the greatest fighter aircraft ever produced, certainly the most recognizable and legendary of the Second World War. Today there are less than five of the early B/C models left flying. The "C" model is easily recognizable by it's “razorback” configuration as opposed to the P-51D with its “bubble canopy” that came out later in the war.

During the war several of the razorback Mustangs were modified in the field to carry a passenger in a second cockpit just behind the pilot. These former fighter aircraft were used as a high speed transport and gave the Mustang pilot the ability to share the joy of flying the world’s greatest fighter with their trusted ground crews. One of the most famous of these modified two seat fighters was used by Dwight Eisenhower and was named “The Stars Look Down”. Ike rode in the back seat of that Mustang over the beaches of Normandy to direct the invasion during D-Day."  (http://www.collingsfoundation.org/ma_p51mustang.htm).

The expense of restoration and operation is enormous, yet there are a few individuals and organizations who love these machines and the history surrounding them enough to restore them and keep them airworthy.  The B-17 pictured below burns 200 gallons of fuel per hour in cruise flight - at today's prices that is $1000-$1200 per hour for fuel alone.  Add to that the unending maintenance, the insurance, the inspections - it adds up to a literal fortune.  Yet these people preserve, fly, and display these machines to honor the individuals who built, maintained, and flew them to war, and so future generations can appreciate and understand them.

When you are around these aircraft, every so often you will see an elderly gentleman standing alone, far back, away from the aircraft, quietly looking at the machine as if seeing an old friend.    Perhaps they are reflecting on a time long ago when a similar aircraft took them to war and returned them safely home.  Perhaps remembering the missions, the sounds, the cold, the fear.  Perhaps remembering buddies who never returned.  They seldom say much, but you can see on their face, while in the presence of these machines, they are looking into their past.

Below are a few pictures from our little open house and these fantastic aircraft.  If you ever get the chance to see these war birds up close - it is an experience you will not soon forget.  And remember to look for the elderly gentleman standing far back.... 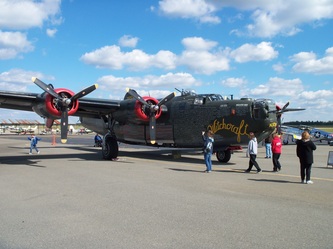 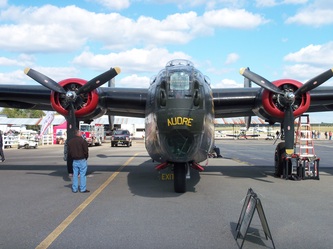 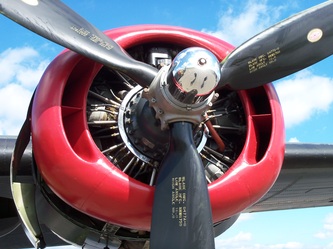 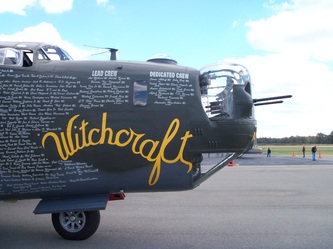 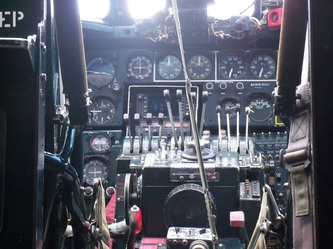 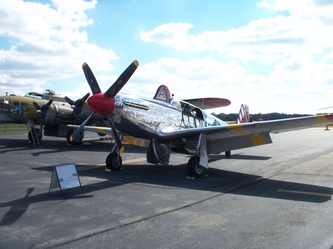 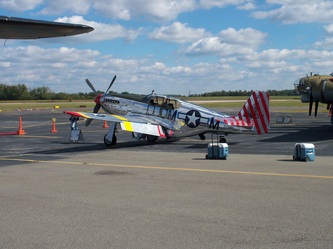 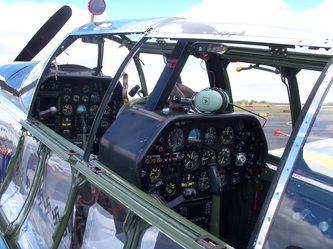 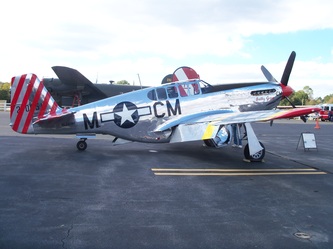 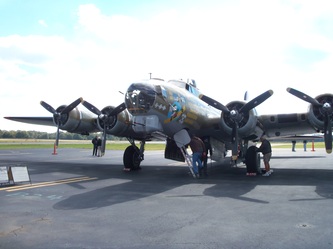 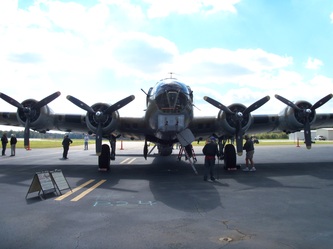 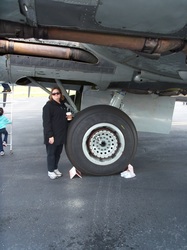 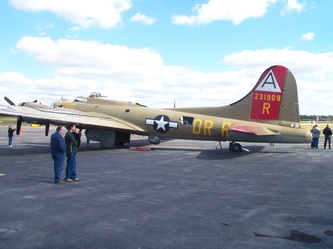 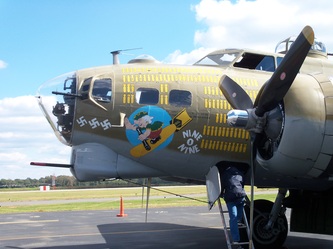 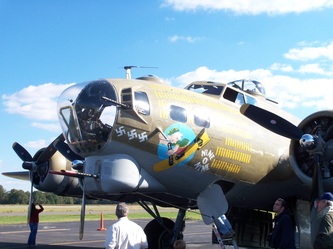 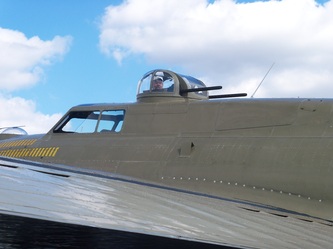 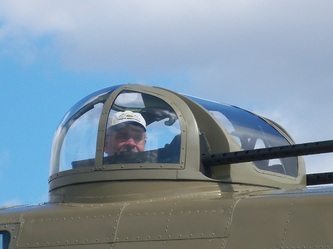 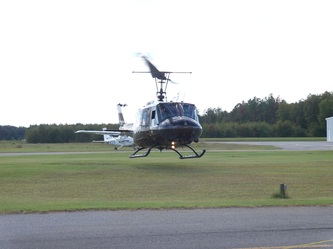 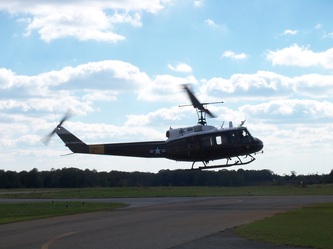 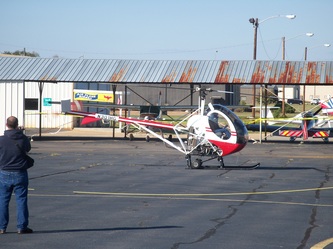 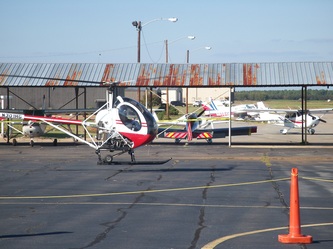 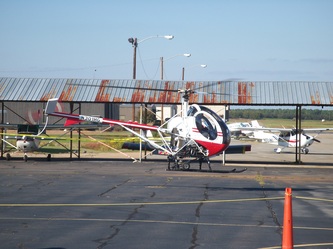 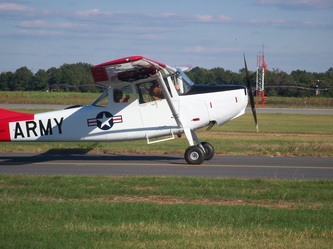 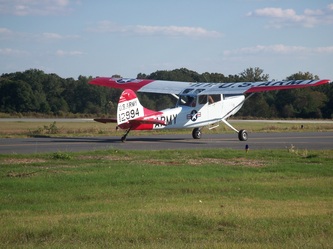 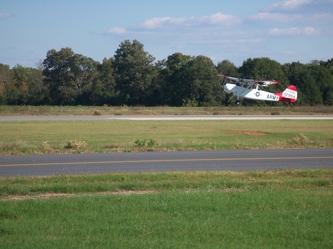