Having been three weeks since I last flew, I reserved Warrior N8234F for Friday morning at 0800 - earlier is cooler this time of year and that is important.  Already near 80 degrees at 0800, the temperature rose to 100 degrees by mid-afternoon.

I had decided already to fly to Baldwin, County airport in Milledgeville, Ga. - a distance of 35 nm.  I seldom go this direction from Robins, so the trip would provide a different landscape and an unfamiliar airport.  I decided to practice a little pilotage, navigating by aeronautical chart, compass, and a clock.  Granted Milledgeville is not very far, it is far enough to practice the pilotage techniques - especially on a hot, hazy day when the visibility is only 6 miles. 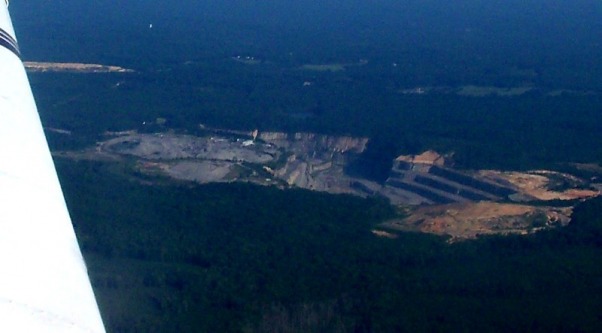 A large quarry northeast of Macon, Ga.
Milledgeville's airport is a single 5500 ft strip, Runway 10/28.  Landing runway 28, the base leg and final approach are entirely over water.  The perspective over water is quite different.  Winds were 320@6 knots which provided some crosswind, although I hardly noticed it (could it be crosswind landings are becoming natural?).  I made three touch-and-go landings, all a bit fast, but other than some additional float in ground effect, the landings were all good. 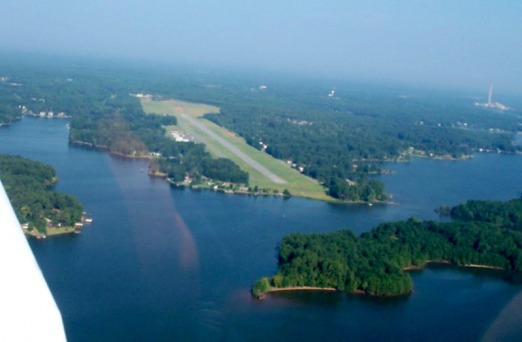 Milledgeville (Baldwin County) Airport (MLJ)  Approach to Runway 28.  The final approach is across that island and then across the water. 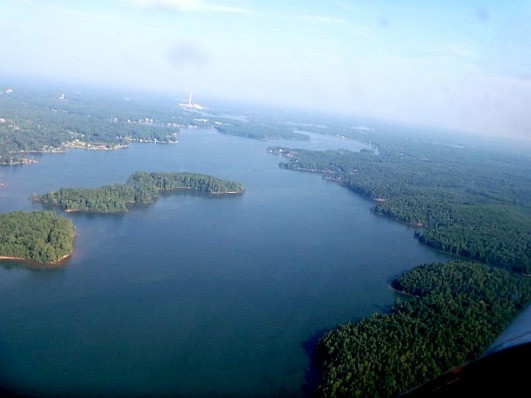 After completing three touch-and-go landings, I departed MLJ flying up lake (north) and circled Plant Branch.  The huge smokestack of Plant Branch is visible for miles - it rises 1000 feet Above Ground Level (AGL).

View is looking north from near the dam.  Plant Branch is in the background. 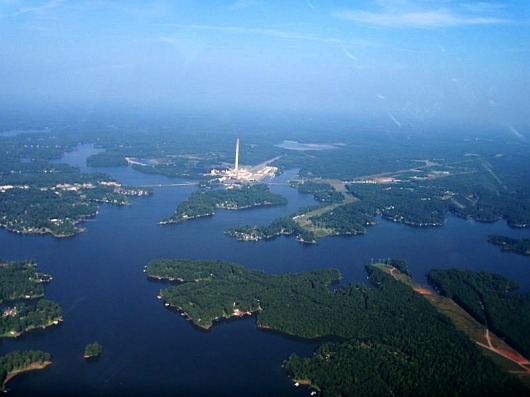 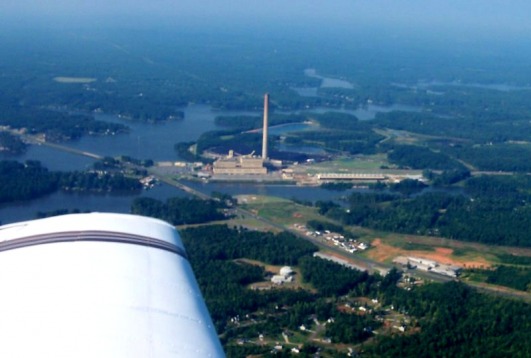 Plant Branch looking southwest from 2500 feet.  Notice the huge pile of coal directly behind the plant.  A rail line supplies the coal to the plant. 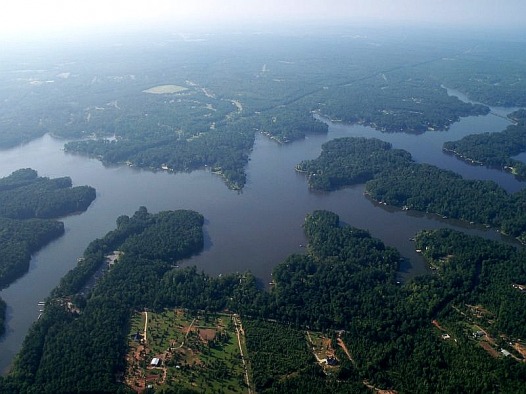 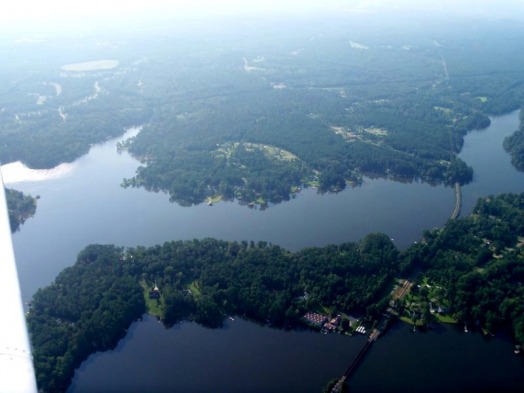 More of the beautiful shoreline.  Note the railroad crossing two bridges on the right side of the frame.  This is the coal supply road to Plant Branch.

Flying Visual Flight Rules (VFR), navigation and aircraft control are made primarily by reference to the ground.  The Aeronautical Sectional charts provide a pilot with significant landmarks to use for navigation.  Things like highways, lakes, rivers, airports, cities and towns, railroads, and power trnasmission lines are all depicted on the sectional charts.

I had been burning AvGas for about an hour, so it was time to return to Robins.  Below is a power transmission line I crossed along my route of flight home.  Looks like someone pushed a lawn mower through the forest.  Easily seen from the sky. 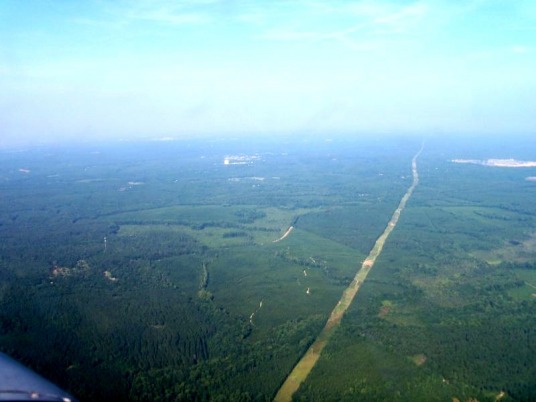 Notice also about mid-frame there is a large bright white structure. 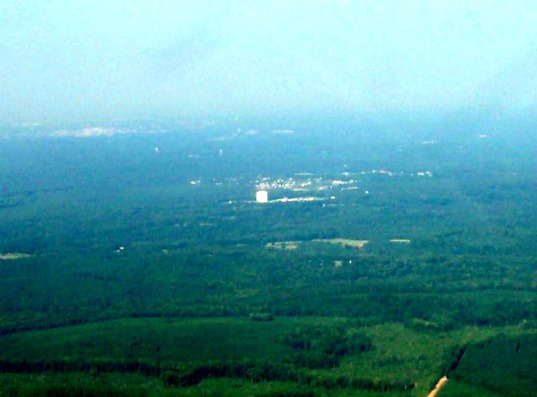 The large white structure (closer here) is a propane storage facility out in the middle of no-where.  Being so prominent on the surface, it is a great navigation point. 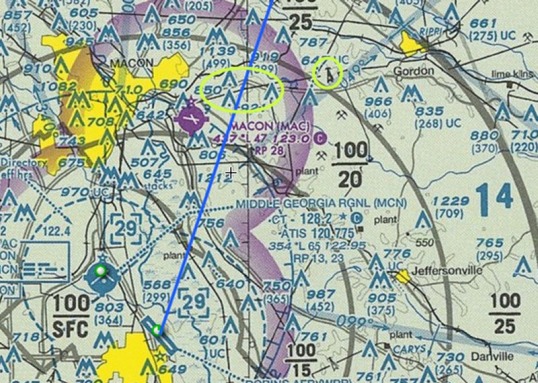 I made the return trip in 20 minutes following the sectional chart and the moving map on my Lowrance Airmap 500 GPS.  Although not true pilotage, it is certainly easy to follow your position on the chart, as well as groundspeed, and time/distance to destination.

Another beautiful day to be flying.