Today dawned severe clear with winds from the north at 10 knots.  It has been a few weeks since I last flew, and it will be a few more weeks before I have another opportunity.  I ran a few errands in the morning, then headed to the Aero Club about noon for what will likely be my last flight of 2010.  I had planned no particular destination, just wanted to get aloft, enjoy the view, practice some maneuvers, and a few landings.

Robins AFB was essentially closed for the Christmas holiday weekend.  There was no military air traffic, in fact there seemed to be little air traffic at all.  Upon contacting Departure Control (Atlanta TRACON), I was told my altitude restriction was canceled.  Our local practice area begins only a few miles from the base.  There are two Class D airports with a lot of jet traffic here, so we are typically restricted to 2500 feet MSL in the practice area.  With the altitude restriction lifted, I enjoyed maneuvering flight between 4000 and 5000 feet MSL.  Higher is better :)

I love taking pictures of ground features viewed from above.  It is sometimes a bit of a challenge taking pictures and controlling the airplane at the same time.  All my pictures are one-off, point & shoot.  No framing the shot, just point the camera in the general direction and mash the button.  Reviewing the pictures later at home is usually entertaining.

Today I saw what appeared to be a abandoned fish farm just south of Fort Valley, Ga.  I studied it for a moment, then reached for the camera (already on and focused at infinity).  My first two pictures were terrific shots - of the side window frame and interior side panel of the airplane.  I did manage two pictures of the fish farm, although I must have moved the lens away from the window as there are reflections in the picture.   One would think if you can fly an airplane, a camera would not be that big of a challenge. 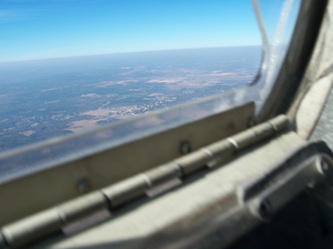 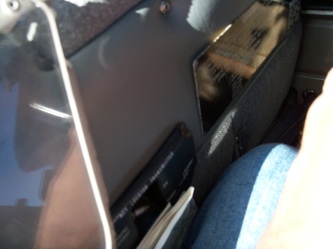 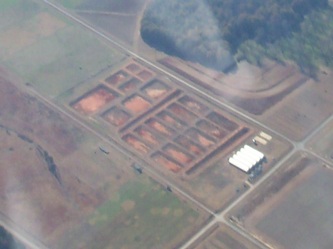 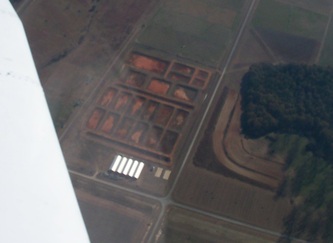 While aloft, I practiced slow flight, steep turns, turns around-a-point, power-on and power-off stalls, four landings, two forward slips to landings.  On the return to Robins, I snapped a few more pictures.  The first picture below is farmland south of Fort Valley, Ga.  The top row second and third are Fort Valley, and Fort Valley State University.  The bottom row is inbound to Robins from the west, approaching Moody Road.  Second Baptist Church is mid-frame in the second picture.  Robins is at the top of the frame.  What a beautiful day to be in the air! 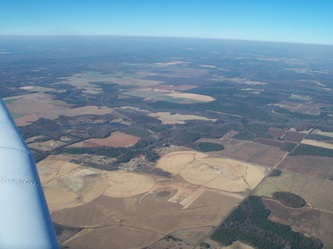 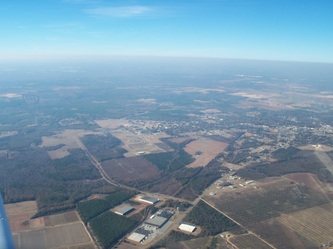 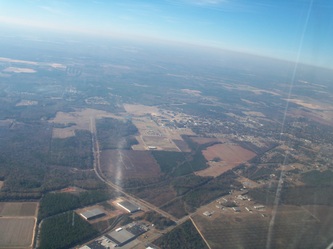 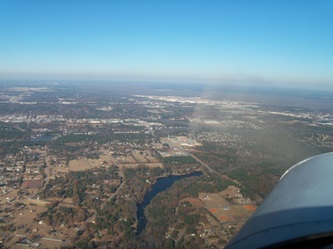 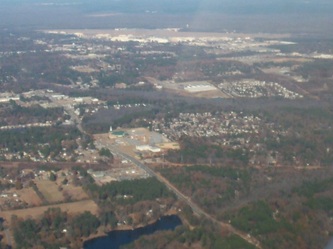 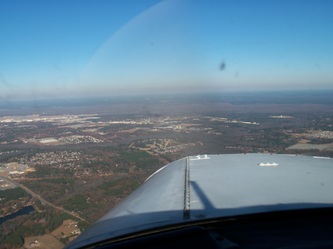