I had planned to fly to Eufala, Alabama (Lake Eufala) but the forecast included building clouds with some turbulence later in the afternoon.  Since Joan had only flown a couple of times in a light airplane, and is not a big fan of turbulence, we decided a local flight was in order.  We could easily make an hour flight before the clouds began building to any degree.  I decided to fly over Lake Tobesofkee for a few pictures.

Lake Tobesofkee was impounded on the Tobesofkee Creek by Bibb County in the 1960's as a flood control reservoir.  It has 35 miles of shoreline, three public recreation areas with camping, fishing, beaches, and boating. 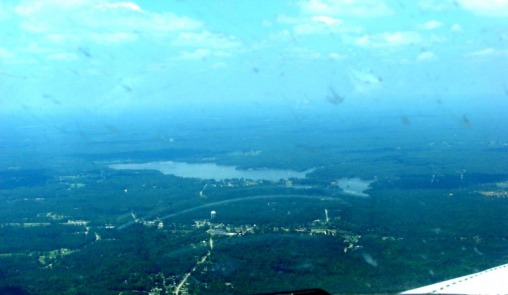 We flew west out of Robins until well clear of the approach path to Macon's (MCN) Runway five.  Macon's Class D airport is three miles North/Northwest of the departure end of Robin's runway 33.  Having cleared the Macon's approach path we turned North toward the city of Macon and Lake Tobesofkee.  The photo below is Lake Tobesofkee approaching from the South, 3000 feet. 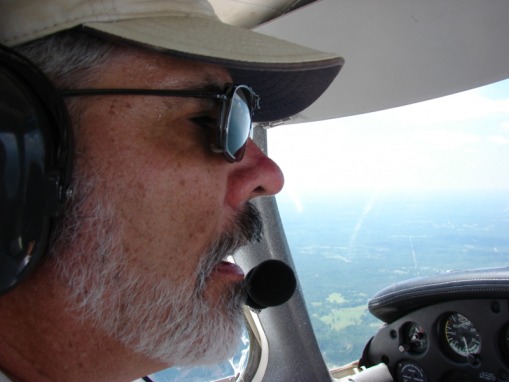 Pilot-In-Comand (PIC) Ed.  If memory serves, I had just started talking to ATC when Joan snapped the picture.  I don't think I normally fly with my mouth open :-) 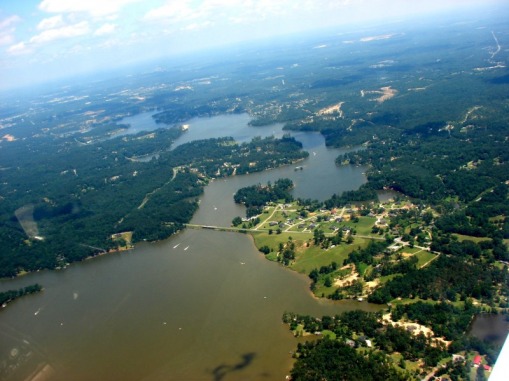 This photo is at the North end of the lake, looking South, 2,500 feet. 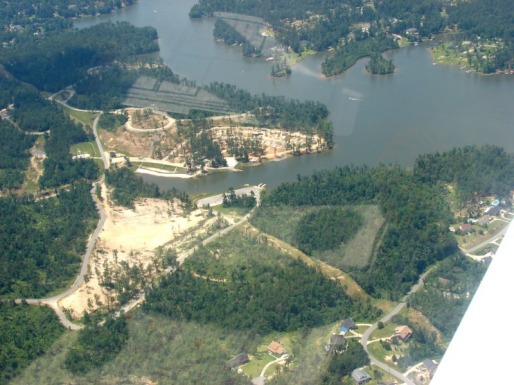 Arrowhead Park Campground.  This area was hit by a tornado on Mother's Day weekend 2008.  This photo is a year later.  The park is still closed while being reconstructed.  Prior to the tornado, this campground was covered in pine trees.  All are now gone.  (The camping area is immediately below the reflection of my kneeboard - sorry :). 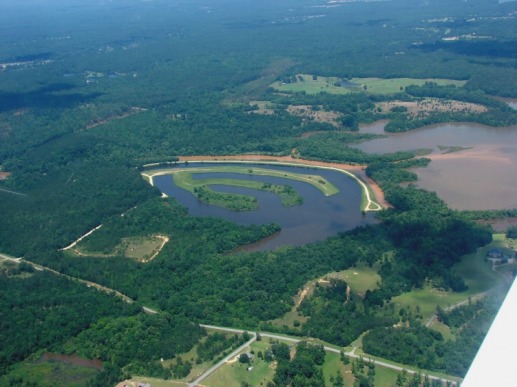 The Duck Ponds is a man made private fishing area adjacent to the lake at the far North end.  I have fished the lake within a few yards of this area and never knew it existed until this flight.   The lake is immediately to the right. 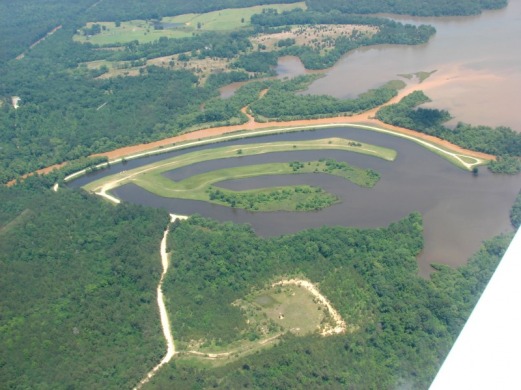 The Duck Ponds again, but closer.  Tobesofkee Creek is the muddy ribbon of water behind the Ponds, flowing into the lake immediately to the right of the frame.  If you look closely, there are a couple of vehicles parked in there. 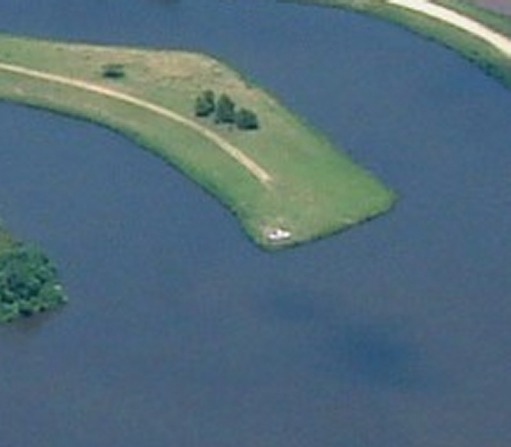 Could not find the vehicles?  OK, here is one of them. 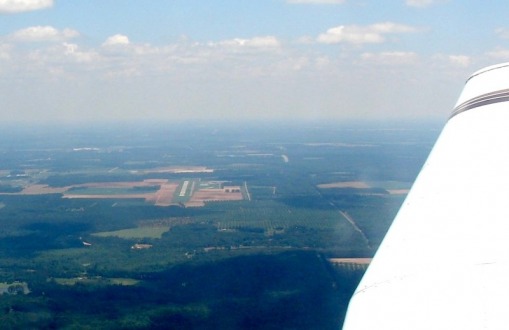 Perry - Houston County Airport (PXE) to our South on the way back into Robins. 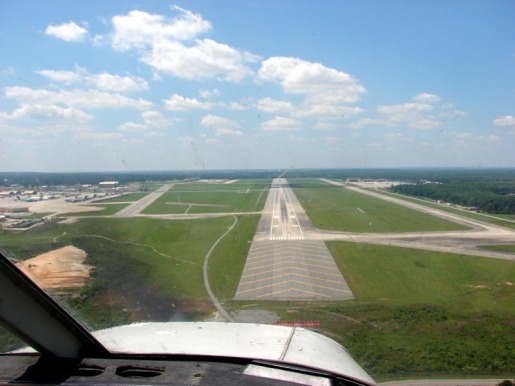 It was another great day to be flying.